Industry 4.0: Portuguese Footwear at the forefront 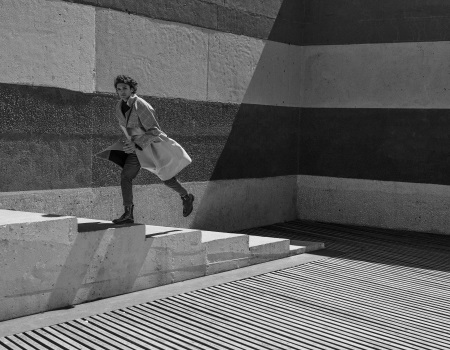 The Portuguese Footwear industry has already invested 30 million euros in the “Roadmap for Digital Economy” (FOOTure 4.0).
According to Leandro de Melo, the major investments are currently associated “to the creation of new ways of interacting with clients in the digital and networking context, improving flexibility and responsiveness, business intelligence and sustainability”, as well as training.
FOOTure 4.0 has as a goal to make Portugal “a major international reference for its sophistication and creativity, by reinforcing the exports of a national, sustainable and highly competitive production, based in knowledge and innovation”.
The aim of the project High Speed Shoe Factory is to conceive, develop and implement a new footwear factory model able to respond within 24h and is one of the most advanced projects at the moment. According to the General Director of the Footwear Technology Centre of Portugal - CTCP, is proposed “the replacement of the traditional processes of cutting, sewing, assembly and finishing by an organizational model of a single production flow, based on automated distribution systems integrated with automated cutting systems and online automated control of processes and products flows”. This system will be conceived as a “single session” with complete flexibility and multifunctionality.
With this project, an increased response capability was reached, which allowed “the single production of each pair of shoes, able to eliminate stock and respond to online sales, small orders and stores restocking, and fast sample production and new products’ tests for new collections”.