ModaLisboa Boundless with a positive outcome 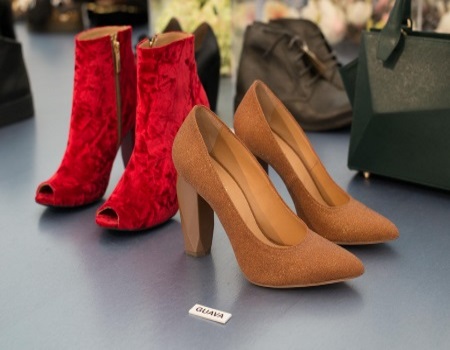 In this edition, ModaLisboa has shuffled everything… and won the game. In the end, Boundless was the winner of an unprecedented bet of Lisbon’s Fashion Week. From 9th to 12th March, the Centro Cultural de Belém was the epicenter of the national fashion. Overall, around two dozen fashion shows filled up the new home of the event. “We moved to Belém, where we were kindly welcomed by CCB. These days, ModaLisboa has challenged the limits of the individual creation and explored the several ways of thinking about the networking geography of fashion and arts in the modern times”.
For three days, the most prestigious creators have presented what is done best in our country. The motto was set by Fast Talks with the theme Sustainability in Fashion.
On the opening day, the fashion shows started with the usual contest Sangue Novo, a platform that allows young designers to present their collections.
The end of this edition was marked by the announcement of a new space for October’s edition. The Spring/Summer 2018 collections will be presented on a new establishment, Pavilhão Carlos Lopes, in Lisbon.

Eureka dazzles the audience in ModaLisboa
This ModaLisboa's edition was marked by the debut of Eureka on the event’s main runway. This is the first time ever that this event has a footwear brand with its own individual fashion show.
“According to an urban approach, the collection represents a vigorous spirit, under different perspectives, by the accessories’ proportions or even by its own mood. Materials with romantic and bucolic details and embroidery work are presented side by side with military accessories. The geometric and minimalistic features are combined with bold and heavy soles. The urban sporty spirit is also included, assuming a less athletic profile and a greater details differentiation and categorization”.
In this edition, the brand from Vizela invested once again in the COxLABS, with the national designers Nuno Gama and Luís Carvalho. As in the previous editions, all ModaLisboa’s staff wore Eureka Shoes.

Portuguese Shoes exhibition
Once again, the national footwear was highlighted during the days dedicated to the national fashion with two exhibitions and several brands walking down the runway, thus renewing the creativity and design that the footwear industry celebrates every six months.
The exhibition took place on the inside of ModaLisboa’s social area and invited all audience to get to know the models that walked down the runway, which are a result of creative partnerships with some of the participant designers.
Awaytomars and Duarte, Luís Carvalho and Eureka, Nuno Gama and Eureka, Patrick de Pádua and Dkode, Ricardo Andrez and Five Plus One, Ricardo Preto, Valentim Quaresma and Fly London strengthened once again the synergies on the runway.
Biblical Lust, Freakloset, Friendly Fire, Guava, Lemoke, Maria Maleta, Nelson Oliveira, Senhor Prudêncio, The Barons Cage and Undandy were present on the Portuguese Shoes exhibition as promising brands of the sector.

During this ModaLisboa’s edition, the exterior space of CCB has received all images of the new Portuguese Shoes campaign. The exterior exhibition from APICCAPS, dedicated to the national footwear, is a tribute to the know-how, high quality and innovation of the sector. Iconic by APICCAPS inaugurated the full display of the six iconic images that reaffirm the footwear industry in 2017.
The actress Victoria Guerra came back to give life to six icons, who summarize the evolution of a sector that wakes up every year at the world’s feet. Multiplying Victoria Guerra into six iconic characters, who cross aesthetic, cultural and historical references was the main challenge of the campaign.