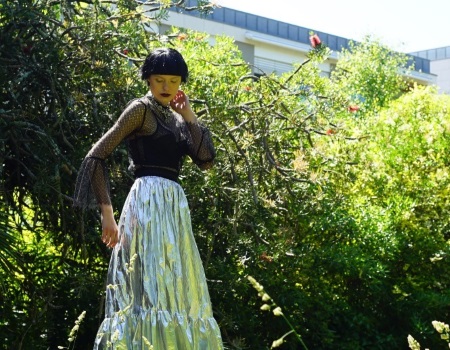 Only three years ago Colombia, and Latin America in general, was an almost prohibited market for the Portuguese companies. With the participation in ColombiaModa, everything changed. Next July, the Portuguese Footwear will be, once again, in Medellín.

“The opportunities of the Colombian market to the Portuguese Footwear are practically endless”. The statement is from the Portuguese Ambassador in Colombia, João Ribeiro de Almeida. And the increasing numbers seem to complement it. Bu the end of 2016, the sales to Chile, Colombia and Panama already ascended to 3.5 million euros. In the first months of 2017, the market’s performance remains on track.

According to Inexmoda, the entity responsible for the event’s organization, “ColombiaModa gathers the most complete national fashion supply by bringing together in just one place the footwear, clothing, trends, fashion shows and business spaces”. The edition of 2016 ended with a record number of visitors: 50.000 visitors during the three days of the event, from which 12.300 were buyers from 55 countries. ColombiaModa had its business expectations evaluated around 399 million dollars, an increase of 17% compared with 2015. This growth dynamic was only possible due to the 21% increase of buyers from Mexico, Costa Rica, USA and Ecuador.
The Portuguese Footwear's DNA seems to have seduced clients as much as specialty critics. Marcela Estrada, Fashion Editor of the Colombian magazine Infashion, considers “the quality of the Portuguese Footwear undeniable. It’s clear at first sight. The Colombian public already loves the Portuguese shoes”. In turn, Inexmoda and ColombiaModa's Director, Clara Henriquez, highlights “the perfect design. It reflects a great creative power”.

The GDP's growth of the Colombian economy and the middle and upper class population increase generate an opportunity to the Portuguese Footwear industry. To Marcela Estrada, “the country is quickly growing and opening up to the exterior. It’s very important for the Colombian public to contact with good external products, such as the Portuguese shoes”.

This year, once again, the Portuguese footwear industry will attend ColombiaModa. One dozen entrepreneurs, who are willing to strengthen the exports to Latin America, will pack their bags and go to Medellín. “It will be very nice to have the Portuguese companies here”, enhances Cristina Forero, magazine Soho’s Director. Lila Ochoa, Director of the main fashion journal, Fucsia, highlights another aspect: “the Portuguese companies have a great creative power and are very welcome to Colombia”.