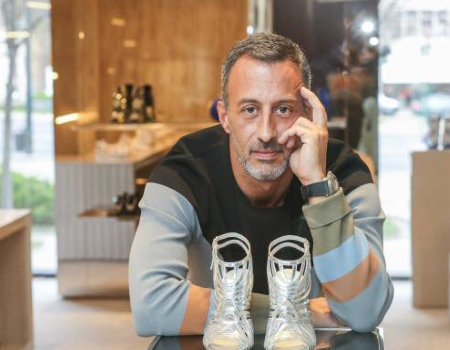 Luís Onofre is the new President of APICCAPS (Portuguese Footwear, Components, Leather Goods Manufacturers’ Association), on the most attended elections ever with a participation rate of over 80%.

The 45 years old entrepreneur of the 3rd generation, born in Oliveira de Azeméis, is the successor of Fortunato Frederico, who led the Association for the past 18 years.

Composed by 1834 companies, responsible for 45.164 jobs (data from the Ministry of Labor on 2015), Footwear sector exports over 90% of its production, the equivalent to 2.250 million euros by the end of 2016.
Since 2010, exports have increased over 55%. Concerning the employment level, the results are equally positive, with the creations of 9.238 new jobs within the same period. With a high geographic concentration, the footwear production is mainly distributed over two centers by one hand, in Felgueiras and Guimarães, and on the other hand, in Santa Maria da Feira, Oliveira de Azeméis and São João da Madeira. Altogether, these five municipalities represent over three quarters of the sectorial employment. Further south, in the area of Benedita, there is another center, however with less quantitative expression.
On another level, over 200 new companies were created over last five years, especially within the Footwear Industry, where 185 new projects were launched. One of its particularities is directly associated with the new regional dynamic. Actually, the footwear cluster has been contributing to a better regional balance, through the creation of dozens industrial units in the interior of the country, in regions such as Castelo de Paiva, Celorico de Bastos, Paredes de Coura, Pinhel and Seia.