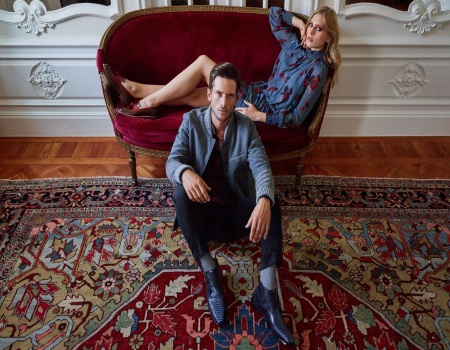 The creation own brands is one of the Portuguese footwear industry main concerns. According to CTCP’s (Technological Centre of Footwear of Portugal) GAPI (Offices for the Promotion of Industrial Property), 238 footwear brands were created in Portugal since 2010.
In 2018, for instances, 24 new brands were created. This data is gathered by GAPI, an CTCP’s structure created in partnership with INPI (Portuguese Institute of Industrial Property), dedicated to promoting Industrial Property (PI) in the footwear companies and which has the goal of reinforcing the companies’ competitiveness through innovation and differentiation.
From the 238 brands created in the past eight years, the majority, 178, were registered as collective. From those, only 60 were registered in Portugal.


Strategic decision
The investment in own brands is a priority defined by the Strategic Plan FOOTure 2020. “Although the Portuguese footwear has gained reputation, the cluster’s reality in this matter is still very diverse. What needs to be done is mobilize the skills that have been used to build the collective image in favor of the companies. Companies should be assisted in the development of image campaigns and customized communication plans, in the hiring of communication agencies, in the participation in showrooms abroad, etc. They also should be assisted in the improvement of its internal image, which is essential to the relationship with the buyers that visit them. In some cases, the creation of own brands will be the culmination of all these actions”, as it says in the document.


Increasing support to the brands
Since last year, over 60 footwear companies have already resorted to support regarding “Valorização de Oferta” (Marketing and Communication Improvement), a project promoted by APICCAPS with the support of the Program COMPETE 2020.
Throughout the years, APICCAPS has been developing intense activity to support the internationalization of the Portuguese footwear companies, specially regarding the attendance in international fairs and exhibitions and, more recently, the image promotion campaign Portuguese Shoes. Since the beginning of 2015, the companies benefit, through APICCAPS, from support to the promotion of own brands and, more recently, to implement digital marketing campaigns. These supports are within the ongoing communication campaign and have the support of the Program COMPETE 2020.
There are predicted supports to several areas, from companies’ strategic diagnosis to communication plans, investment in marketing and hiring communication consultancy in several markets (Germany, Spain, France, Netherlands, UK, Italy, USA) or catalog production (including the conception, graphical editing and release of the sector companies’ collections catalog, which can be used by the companies as communication with their clients and as a support to the participation in international fairs).
Naturally, the supports extend to trademarks and patents conception and registration, as well as the production and creation of photographic and media contents, which are essential to the proximity promotion noth to the professional public and final consumers. In this matter, is also included the hiring of photographers, stylists, hairdressers, makeup artists, mannequins, video production teams, among others, capable of creating great multimedia contents that can be used in the several communication supports used by the brands.
In the digital universe, besides the supports to digital marketing campaigns, there are also investments for the creation of websites and e-commerces.
This year only, there will be an investment of two million euros in own brands.