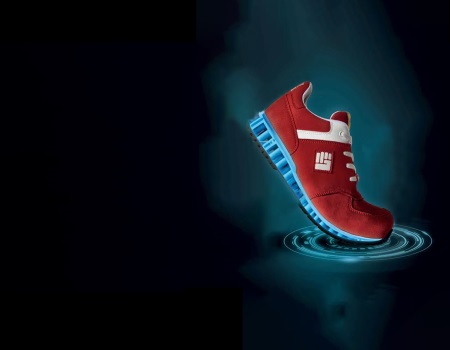 At first sight, nobody says it has all needed characteristics to operate in the security segment. From Guimarães, TOWORKFOR accommodated fashion in the strict conditions of the technical footwear market. And there’s a new generation of products coming!

For two days, in Guimarães, the AMF company has welcomed professionals from all over the world to project the future of the professional footwear segment. A highly specialized gathering that happened precisely in a time when the company is investing in a new light, seamless and 100% automated safety footwear line.

“We have invested in 3D Bonding technology, a new way of making seamless footwear”, highlights Albano Fernandes, the company’s Founder and CEO. “In practical terms, this new models have a reinforced toe and insole and there’s waterproof models and specializes soles, in which design plays a relevant role”. The use of this new technology in footwear production has pushed the brand to launch the Infinity line, which wants to revolutionize the market.

Founded in 1999, AMF has gone through several periods until finding the right path. The invest was mainly in partnerships and technological training. “We’ve been a few PhD programs and specialization courses because we believe that technology is part of the footwear of the future”, says Pedro Carvalho, one of the company’s directors.

TOWORKFOR is currently on 20 markets and exports 85% of its production. The projects for the future go through building a new “totally technologically advanced” factory, stated Pedro Carvalho.