Call for Papers is a great success 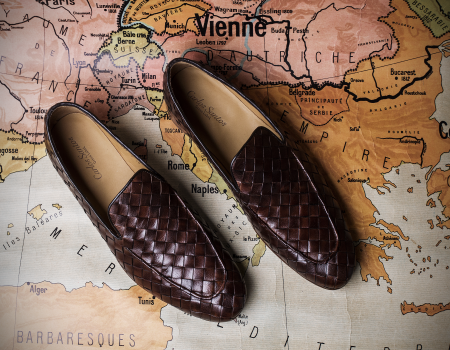 Ninety-five abstracts received during the Call for Papers reveal the increasing interest of the footwear industry for the UITIC Congress. The 20th edition of the International Technical Footwear Congress will take place in Porto from the 16th to the 18th of May.

Nineteen countries, representing the main worldwide footwear players, have presented their ideas for the in-room sessions of the UITIC Congress. China, India, Italy, Mexico, Portugal and Spain were the most represented countries in this Call for Papers open to all innovators from the worldwide footwear industry.

An increasing number of countries with submissions when compared to the previous edition of the Congress (thirteen countries presented submissions for the last UITIC Congress in Chennai) reveals “the UITIC Congress is more and more interesting for the footwear community”, stated Françoise Nicolas, UITIC’s General Secretary and Coordinator of the Scientific Committee. Nicolas has no doubts: “We can consider the Call for Papers a great success!”.

All the proposals will now be evaluated by the Scientific Committee and the results will be communicated before the end of February. A selection of 25 to 30 speeches will be delivered during the 20th UITIC Congress in Porto, subject to the following main topics:
- New products, new services linked to the consumers' needs
- Intelligent development and manufacturing: towards a technological revolution
- Sustainability, supply chain transparency and regulatory trends impacting on factories
- Human centered factories and new way of management


Anticipating the atmosphere of the 20th UITIC Congress Françoise Nicolas declared: “It will be a great opportunity to meet relevant experts from the main footwear manufacturing areas, to have detailed information on the state of the innovations available and to get familiar with the main technological orientations for the footwear sector”.

The 20th UITIC Congress - From Fashion to Factory: A New Technological Age
The UITIC Executive Committee, APICCAPS and CTCP will organise the 20th edition of the UITIC Congress, to take place in Porto from the 16th to the 18th of May 2018, at the Sheraton Hotel and including visits to some of the leading Portuguese companies. Two extra days are reserved for additional visits to factories. For more information please refer to: www.porto2018.uitic.org

Portuguese Footwear Industry
The Portuguese footwear industry, with a total of 1 473 companies and employing 38 661 people, continues to be highly focused on the international markets exporting more than 95% of its production. In 2016, Portugal has exported 81 million pairs of shoes to 152 countries across the 5 continents, with a total value of 1 923 million euros, making it the 7th consecutive year of growth. In this short period, the Portuguese footwear industry has presented an outstanding dynamic, increasing its exports revenue by 50%. In the last few decades, the Portuguese footwear industry braced the challenge to modernize facilities and production methods, and has invested in the less tangible elements. Nowadays, Portuguese companies are known worldwide not only for the quality of their footwear but also for the excellence of their service, the ability to deliver small series and always based on a quick response to the market needs and requirements.

UITIC is the International Union of Shoe Industry Techni¬cians, an organization focused on the development of technical knowledge in the footwear industry, on organizing international conferences and promoting information exchange between its members in the field of technology.

CTCP is the Portuguese Footwear Technological Centre, a non-profit organization supporting the footwear industry in the fields of testing and quality control, technical assistance and consultancy, research and development of new materials, products, processes and equipment.

APICCAPS is the national association representing the footwear, leather goods, components and equipment companies of the entire cluster in Portugal.