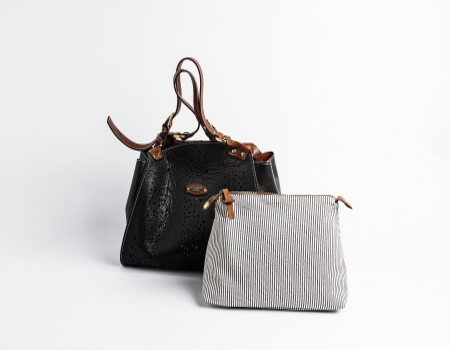 Quality and excellent taste, tradition and know-how, this are the main competitive qualities that lie at the origin of the international perception's profound change of the Portuguese leather goods and saddlery.

Due to this new dynamic, the Portuguese saddlery and leather goods’ exports have increased year after year. Since 2008, the exports almost tripled and now ascend to 178 million euros, a new historic maximum.

Over the past year, the overseas sales of leather goods and saddlery increased 18.9%, with a highlight to Spain (over 16%, to 44 million euros) and France (over 19% to 24 million euros).

The exports of leather goods are growing in almost all sub-sectors. Currently, over half of the sales’ value is centered in bags and purses, with an increase of 13%, to 92 million euros.

The sector is going through a very good phase. Ana Maria Vasconcelos, from Belcinto, states that “several interesting moves are happening in the market right now, namely with the investment of major brands in Portugal, which usually manufactured their products in countries such as China or India”. There are a variety of reasons for this, because “the reality in those countries is changing quickly and significantly”. However, there are other equally valid explanations. “The business operations are more difficult for all economic agents. Consequently, brands are choosing to take less risks and doing their businesses more securely”.

High quality, premium service and efficient responsiveness seem to be the powerful arguments of the national companies. Carla Sousa, da Ceancarel, assures that “the Portuguese companies are specialized in the manufacture of high quality products and provide a particularly efficient and prompt service. These are clear advantages considering the major international competitors”. It is now important to “reinforce the investment in the promotion of our companies”.

APICCAPS launches new campaign
In order to keep the extremely positive results, APICCAPS just launched a promotion campaign of the leather goods and saddlery industry. As a first step, this campaign will address the professional audience, such as potential importers from over 30 markets, the trade press and opinion leaders. Later on, other measures involving a wider spectrum will be projected and submitted to the general public.