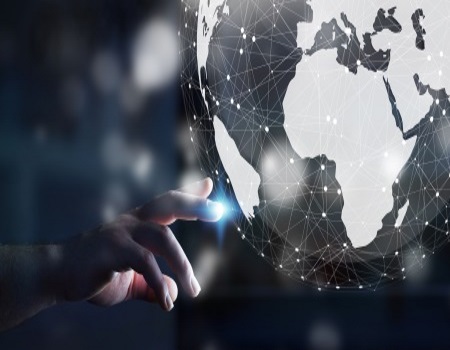 Worldwide footwear production has stabilized at 23 billion pairs in the last two years. This scenario contrasts with the 15% growth between 2010 and 2014, according to APICCAPS’ revised estimates, which are presented in the 2017 World Footwear Yearbook.
In the last decade, global footwear exports increased 25% to 13.9 billion pairs and 78% in value to 122 billion dollars. However, over the past two years, exports have fallen by 6% in volume and by 8% in value, which may indicate that a new phase in the industry’s development may be emerging.

According to the most recent data referring to 2016, China has reinforced the shares’ loss in production and global exports. On the level of exports, after increasing to a peak of 73.7% of shares concerning quantities exported, in 2012, China keeps declining in shares, reaching 67.3%, in 2016. Concerning manufacture, and after getting a share of 62.9%, in 2013, last year China was only responsible for 57.0% of global production. This loss of relative importance at a global level, which began in 2014, is still intensifying. However, China’s shares loss doesn’t mean the production’s capacity is now centered on a single country but, on the contrary, is divided in several countries.

Not only the neighboring countries, such as India, Vietnam, Indonesia and Bangladesh, have absorbed some of this capacity but also other producers, namely European and American, such as Portugal, Italy and Mexico, have benefited from the proximity to the major markets. Portugal is positioned as the 17th larger footwear manufacturer worldwide and the 3rd in Europe, after Italy and Spain. Nevertheless, it's worth to mention the fact that the Portuguese production increased 32.3% in pairs of shoes, since 2010.


Consumption and imports
Concerning consumption, demographic changes continues to drive the reinforcement of the Asian continent at international level with a new historical record of consumption shares of 54%. China is still a world leader, with an overall consumption quota of 18%. Three other Asian countries, such as India, Indonesia and Japan are also among the 10 major footwear consumers. Europe and North America are relevant markets, although, in terms of volume, each one buys less footwear than China.
During the past decade, the Asia’s importance in global imports increased approximately five percentage points to 25.6%, in 2016, just before North America (23.9%), as target market for the trade of footwear. Europe (36.9%) maintains the market leadership, representing over a third of the imported footwear at a global scale. The USA remain the number one footwear importer worldwide, although its share’s loss in just six years being significant: in 2010, the American country was responsible for 22.1% of global imports (quantity) and has drop its share to 19.6%, in 2016.

Price trend
The average price of exports has also dropped in the last two years with a retreat of 2.3% to 8.84 dollars per pair.
This reduction in the average price worldwide has resulted in a diversification of the products. Over the past decade, we have seen a strong replacement of leather shoes by a more informal style, such as sneakers, which reflects an increase in footwear with the upper part in textile materials that are more likely to have a lower average price than shoes with upper parts in leather. Textile footwear exports have increased market shares from 10%, in 2006, to almost 30%, last year.
Portugal has registered, once again, a highly positive performance regarding the average price of exports. Among the main world producers, the country presents the second largest exports’ average price, standing now at 26.09 dollars (identical as in 2015).