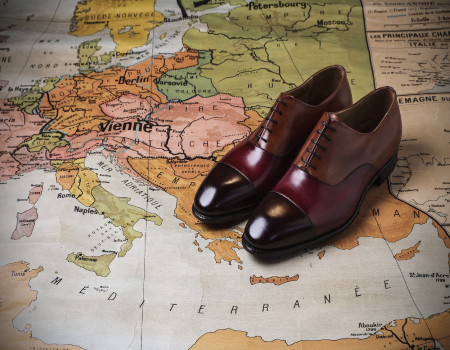 The external promotion is the main priority to the Portuguese footwear industry. Since the second half of 2016 up to now, the sector has accomplished 750 company participations in 70 fairs abroad, with an investment of approximately 16.7 million euros on international exhibitions.

Over the past years, the continuous growth of the Portuguese footwear – if the good results of 2017 are confirmed, it will be the eighth consecutive year of growth – is the result of a long-term internationalization strategy. If 2017 was a year of strategic consolidation in markets such as Colombia, Chile, Japan and Peru, 2018 will be a year of unprecedent investment in the USA.

Europe is still the main market for the Portuguese companies. As early as January, begins the sector’s promotional campaign. First, with Pitti Uomo, in Florence, where some of the most relevant global brands of the male segment will be gathered. Some days later, the industry will reunite in Garda. From January 13 to 16, Expo Riva Schuh will welcome 60 national companies. The Garda exhibition has been growing edition after edition and is increasingly a determinant event for the national companies.

According to surveys done to participants of the fairs, it was verified the main goal of the companies is to gain new clients and increase exports. “The companies are attending fairs and are increasingly making new contacts. Which means, they have been able to diversify their customer base and evolve regarding market diversification”.