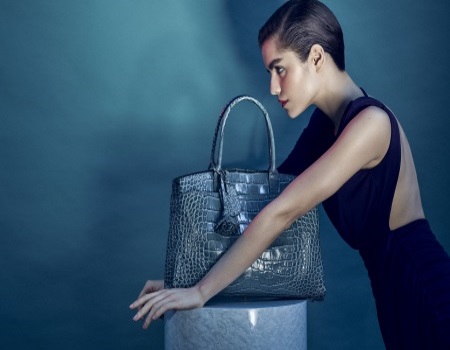 Young. Modern. Sophisticated. This is the new Portuguese leather goods and saddlery industry. After decades of exclusive subcontract work for the main international brands of the specialty, the sector is now investing on the development and production of excellence leather goods. With an own label. It’s a renewed leather goods industry that APICCAPS will now present to the external markets. “This communication and image campaign aims the repositioning of the leather goods sector in international markets”, states Luís Onofre. For the President of APICCAPS, “the growth potential is evident and the investment in external markets is an increasing reality”.

On a business level, the sector is at a very good phase. Ana Maria Vasconcelos, from Belcinto, maintains that “we are experiencing several moves of interesting markets, namely major brands that usually had their manufacture in countries, such as China or India, now investing in Portugal”. The reasons vary, because “the reality of those countries is changing rapidly and substantially”. However, there are other equally valid explanations. “Business are more challenging for all economic actors. Consequently, brands are choosing to risk less and conduct their businesses more safely”. “High quality, great service and rapid response capability seem to be the strong arguments in favor of the national companies”, states Carla Sousa, from Ceancarel. But there’s more. The emergence of new key players is another reason.

With the most relevant Portuguese footwear brands broadening their collections to accessories, such as bags, that means new entrepreneurs are appearing on the market. It’s the case of António. Ana and Sara Mateus are playing a leading role in a silent revolution within António & Mateus, a sexagenarian company with headquarters in Benedita, near to Alcobaça.
António – A handmade story arose from a great desire of “doing things differently. We didn’t want to be just another brand in the market but a brand with added value to the world, ethical and sustainable, on a fashion product”, highlighted Ana Mateus. “When we're designing our bags, we always keep in mind three key factors: the design’s timelessness; the detail’s differentiation; and the assurance of the product’s quality over time”.

A significant leap
In recent years, leather goods and saddlery industry has given a huge leap. The growth is notorious in all domains but, particularly, in terms of external trade. In 2016, which are the last annual available data, the sector has exported 178 million euros, tripling the amount compared to 2011, 58 million euros. On the bags' segment, which is the most representative, the growth is even higher: increase of 240% since 2011, reaching an amount of 92 million euros by the end of 2016 (in November 2017, the exported value was already higher than the last year’s totality).
The companies’ number also grew over 60%, to 120, and the number employees also increased 58%, to 1546, by the end of 2016.