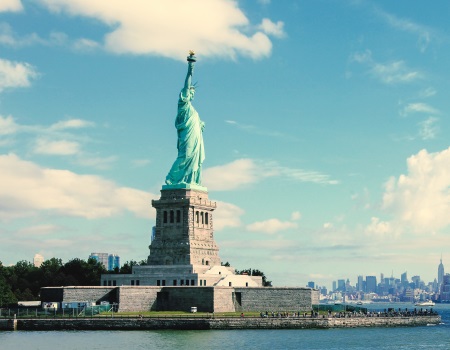 The Portuguese footwear sector’s investment in USA begins this March. The world's largest importer will now be the object of an unprecedent campaign. “This is the market of all opportunities”, states the President of APPICAPS.

In the last seven years, the Portuguese footwear sales to the USA and Canada have gone from 13 to 99 million euros, by the end of last year (increase of 662%). Yet, the growth potential is endless. To Luís Onofre, “the Portuguese footwear industry has already gained enough maturity to embrace the most important of all markets”.

The beginning of this promotional campaign has a precise start date: symbolically, on 15 March, a conference take place in Oporto with several partners that APICCAPS has selected to be part of this advance in the North American market, such as Footwear Distributors and Retailers of America (FDRA), UBM platform (which organizes major fashion events in the USA, for instance Magic and Platform) and the greatest editorial group, Footwear News, the major editorial reference of the American continent. In addition, the Portuguese footwear sector will also joined this initiative, through ANIVEC. “It is only right that we present ourselves together in this important market. We have common goals and a clear strategic alignment”, said the President of APICCAPS.

Tight schedule
Between March and September, several initiatives are planned for the American market. In April, a group of importers will visit our country. In the following month, several American specialists will attend the UITIC Congress that will take place in Oporto, from May 16th – 18th. In June, New York will welcome the best of the Portuguese supply under a commercial and communications’ activity which will allow the first on-site evaluation of the market. This initiative will have an exhibition of selected Portuguese products (that can include also clothing and jewelry, besides footwear) and will be strengthened with not only image and media efforts but also public relations and economic diplomacy activities. It will be a great moment for the Portuguese footwear and clothing sectors in the American market. In August, the Portuguese footwear sector will attend Magic, in Las Vegas, with a strong delegation. Some of these initiatives will be replicated in February and August of next year. “It will be a consistent campaign without disruptions, as we believe that, under the medium term and with a concerted strategy, we can double our sales to the USA”, stated Luís Onofre.

The great American market
According to World Footwear Yearbook, the USA are the largest importer worldwide. In 2016 (the latest available data), the USA imported 2.342 million pairs of shoes. Although China (with 73%), Vietnam (with 16%) and Indonesia (with 4%) dominate the market, they have been losing weight, mainly to European players. For instances, China has registered a fall of 12%, over the past five years. Meanwhile, Italy, which is the 4th supplier of the market, has registered a growth of 247%. The Portuguese footwear sales to the USA have also significantly increased, 901%, between 2010 to 2017, to 72 million euros by the end of last year (according to INE’s data).
In terms of products, the USA preferentially imports plastic shoes (37%), followed by shoes with incorporated textile materials (31%) and leather (22% total).
The per capita consumption is particularly high, since each American buys, in average, 7.1 pairs of shoes, per year.