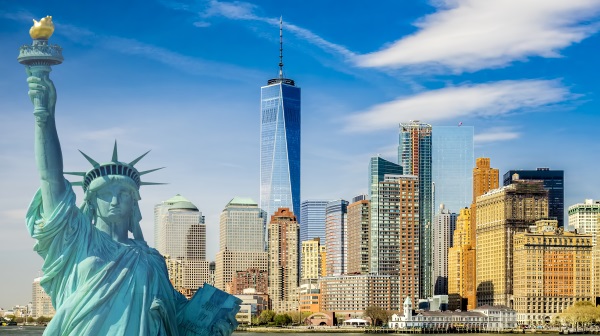 "We need market diversification”. “We need to find alternatives to the saturated European market”. “The USA is the great market”. The USA is our destination”. “The USA is our big opportunity”. This is the desire of the Portuguese businesspeople. The moment of truth has come.

The beginning of the approach to the American market goes far back to the 90’s. However, 2018 was the year in which the Portuguese footwear began the biggest promotional campaign in the largest importer worldwide. This year, approximately 20 companies participated in promotional initiatives in New York and Las Vegas. New actions are now being planned. In February, Las Vegas welcomes again a new group of Portuguese entrepreneurs ready to conquer the demanding public in North America.

Accordingly to Kevin Bosco, expert who introduces Portuguese companies to the American market for over 30 years, “the Portuguese footwear is internationally known for its quality”. A characteristic that matters to the biggest market worldwide but that needs to be enriched with ”charecteristics such as comfort, fashion and service”. “It is possible to put Portuguese footwear in New York in just 17 days, this a very interesting competitive factor”. Amílcar Monteiro, from Fly London, adds: “one has to be persistent. We have been investing in the American market since the beginning and the results only started to appear eight or ten years ago.

Leslie Gallin believe there's an opportunity for the Portuguese footwear companies: “the American retail market is looking for new products and market participants capable of building longlasting partnerships and good business opprtunities”. For the Platform Director, “there's an increasing demand of new brands and products, and Portugal has all of this, the needed characterisrc to triumph. However, she also recalls that the investment in this market has to be consistent. “Nothing happens overnight. Has in every bunissess, one has to draw a plan - at least for three years - and a lot of dedication”. “Looking for a local agent or representative is the most traditional way but it also has some risks. What matters is to be a part of the USA’s industry and build a relationship with buyers or commerce associations. What matters is to be part of the family”. Additionally, “attending commercial events is the best way for building a brand in the american market”, as weel as “having a great story and investing in strong and appealing images”.

Trampoline
The Portuguese footwear sales to the US have been consistently growing and, in eight years, have gone from 12 to 70 million euros. For Luís Onofre, President of APICCAPS, “the growth potential of the Portuguese footweat in the American market is highly significant”. Matt Priest, President of Footwear Distributors and Retailers of America (FDRA), adds “that, per year, the US buys 2.500 million pairs of shoes. If Portugal conquers 1% of the market it would alreafy be a sales record”. Matt Priest’s quick math draw the conclusion that “there's a huge bright future withinh reach for the Portuguese footwear industry in the North American market”.