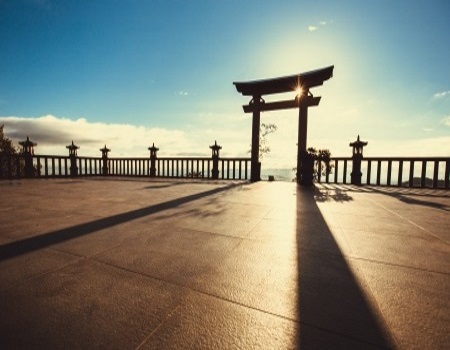 It is 10.000 km away from Portugal, however, that’s not an obstacle. Japan is definitely back again on the horizon of the Portuguese companies.  The investment in new markets, especially outside the European spectrum, is one of the main priorities of the Portuguese footwear industry for the next few years. As a result of this strategy, 15 Portuguese companies have begun a new approach in the Japanese market this year, through the participation in “Fashion World Tokyo”. This was the biggest advance of the Portuguese market within the Asian market over the last 20 years.

“Fashion World Tokyo” happens twice a year and receives approximately 850 exhibitors from around the world - from the clothing, footwear and fashion accessories’ sectors altogether – and over 28.000 professional visitors. For APICCAPS, the Japanese market may work as a launch pad to other Asian emergent markets.

According to Luís Onofre, “the footwear sector is growing on external markets already for eight consecutive years. Our work is producing the desired effects, although we need to heighten our levels of ambition”. In the field of internationalization, “USA will be the first of our priorities”. We’re talking about “the world’s largest importer of footwear, it’s the land of opportunities and it should have all of our effort and interest”. Simultaneously, “APICCAPS will evenly approach countries, where the free trade agreements with the European Union have created a great potential, such as North Korea, Singapore, Chile, Colombia and more recently Canada”. In this perspective, “the investment in countries such as Japan and China, is fundamental for the Portuguese footwear positioning as an international reference”.

The footwear sector will also enhance efforts within Europe. “We need to consolidate the presence of the Portuguese footwear in the main European markets. These are our natural markets. In Europe, our companies’ rapid response capability should make a difference”, stated the President of APICCAPS.

In the past five years, the Portuguese footwear exports to the Asiatic continent trebled and have ascended to 49 million euros, by the end of 2016 (compared to 15 million euros in 2010).

Particularly to Japan, it’s reported an increase above 70%, from 7.5 to 13 million euros.

Numbers which justify the market’s potential, even if it still needs reinforcement. According to World Footwear Yearbook, Japan, that has 127 million inhabitants, is one of the most promising markets internationally. In terms of footwear consumption, it is the 5º main country on a global scale, with an apparent consumption of 607 million pairs of shoes a year. Annually, Japan imports over 608 million pairs of shoes.