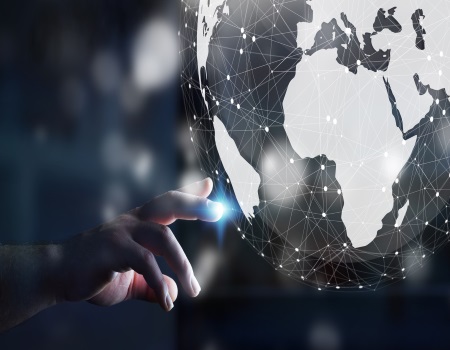 The year 2017 was marked by positive dynamics across the worldwide footwear industry. After two years of stabilization, both production and exports started to growth. Data is from the World Footwear Yearbook 2018 now published by the Portuguese Footwear Association. The growth registered has been driven by a combination of factors: an increase on consumption in the main Asian manufacturing countries, the growth in export flows to the developed world and the increase in the average export prices.

Production and exports resumed growth
After two years of stabilization, the worldwide footwear production resumed growth in 2017 reaching 23.5 billion pairs, 2% more than in the previous year. Although this is still far from the fast growth pace registered between 2010 and 2014 (+15.4%), it represents a return to a positive dynamic. In terms of its geographically distribution, production continues to be heavily concentrated in Asia where 87% of all pairs of footwear are manufactured.

Moving in the same direction, and after falling over a two-year period, worldwide footwear exports grew by 0.7% in terms of quantity and by 3.7% in terms of value. Growth was widespread geographically. China that is still responsible for 2 out of every 3 exported pairs of footwear has also recovered from a very negative trend. After a continued loss during the last 5 years, which cut its market share by six points, in 2017 China recovered 0.2 p.p.
Prices
Once again, Portugal’s performance in this chapter is very positive. Among the world’s leading producers of footwear, the country has the second highest average export price, now standing at $26,54. The average price of footwear exported by Portugal is practically three times that of the world.
Consumer confidence improved consumption dynamics
On the consumption side, in 2017 India overtook the USA as the second largest consumer of footwear: a milestone in Asia’s ascent to prominence in the world market, reflecting strong demographic and economic trends. China remains in pole position at the head of the 10 largest footwear consumers. From a global perspective Asia continues to be the main region for footwear consumption (54%), followed by Europe (16%) and North America (15%).

European Players with reinforced position
The European continent, home of some of the most relevant players in this industry, has been gaining ground in the worldwide exports and in 2017 reached its highest market share in a decade: 13.8% in terms of quantity. In terms of value, Europe accounts for 36.7% of the global market, this being the highest level over the last six years. Europe is also responsible for half of the world imports: with 36.2% of the total quantity and 49.3% of the value, Europe is the most important destination for footwear imports.